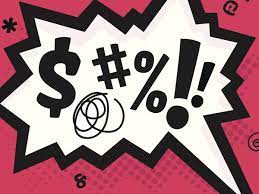 In spite of the current stay-at-home order, have you noticed that (for the most part) people have been continuing to do what they always did? With the exception of sending kids to school and dining out, my neighbourhood is certainly as active as it ever has been this spring. I have especially noticed a significant number of young teenagers out and about on bikes, scooters, and skateboards. Last weekend, it almost felt like 1975 with dozens of young people whirring past in groups!

It makes complete sense to me. They have been cooped up and deprived of daily connections and cut-off from social time at school, organized sports, and other group activities. With the arrival of nice weather and access to parks, trails, and sidewalks, it’s no surprise that they are spending a lot of time outside. At least we can give the pandemic a point for getting many of them off the couch and out the door.

While physical activity is certainly a positive thing in our neighbourhoods, it’s not a completely rosy picture. I walk my dog a couple of times a day and we tend to trek for about an hour on each outing, so I have had the chance to see and hear a lot of things coming from groups of young people, especially from among middle school-aged youth. It’s not all pretty. The first is a seeming increase in the use of vulgarity in casual language and the second is a growing disregard or lack of respect for how such language can impact the passer-by.

I was recently walking through a local park in the middle of a sunny afternoon. A young father was there with his two little children trying to enjoy the climbing equipment and sunshine. But there among them sprawled on benches were four or five boisterous kids about 12 or 13 years-old (girls and boys). The young teens were well-dressed in trendy duds complete with scooters and iPhones; however, the language and topics of conversation coming out of their mouths was something you’d only have heard in the seediest dark corner when I was their age.

Understandably, the young father was becoming increasingly uncomfortable and distracted by the group who took no notice of him and his little children while they polluted the shared space with their off-coloured banter. He said nothing to them and eventually left the park. His little girls likely had lots of questions about the meanings of what they overheard on their walk home. So unnecessary. So uncouth.

In Gordon Neufeld’s and Gabor Maté’s book, Hold On to Your Kids: Why Parents Need to Matter More Than Peers, the authors talk about how the “power to parent” is slipping away in our modern culture and that many parents are able to sense the loss of authority when their child becomes peer-oriented. Exhibit A, the episode of “peers in the park”. Honestly, overhearing what passes for “polite conversation” among some youth in our daily lives can be concerning and off-putting to say the least!

When young people cruise through our neighbourhoods, school corridors, and shopping malls indifferent to the impact of their words and actions on the people around them, we need to re-assess our expectations – especially for what we tolerate and enforce in our own homes, schools, and community spaces.

When our young people go out into the world, their language and behaviour send a strong message about who they are becoming and what their (our?) values are.

As the parents and adults in their lives, we need to do everything we can to make sure they get it right because, besides being a reflection of our own standards for behaviour and community respect, it will be so important for their future success in life.

As the old saying goes, “Good manners will open doors that even the best education cannot!”