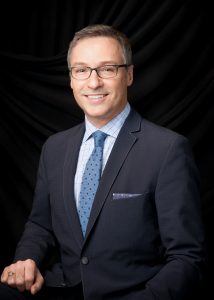 Best wishes for the coming Victoria Day weekend! Having worked for several summers at Fort Henry in Kingston during high school and university, I developed a fondness for all things Victorian – especially the birth of the new Dominion of Canada on July 1, 1867 (…which, incidentally, was announced by Royal proclamation in my home town on the very spot where thousands of people would later gather for The Hip’s final concert!). So, in keeping with the occasion, “Happy Birthday, Queen Victoria! You rock!”

While the long reign of VR witnessed many changes and challenges in the world, people did not have to navigate a global pandemic with the level of interconnection currently being experienced. Throughout history, there have been numerous threats to peace, health, and prosperity and they have all impacted people’s lives. But I wonder if a new, even existential, threat is looming on the horizon for schools and childhood: the threat of “world virtualization”.

Last week an article in The Washington Post caught my attention: “Even the CEO of Zoom Says He Has Zoom Fatigue!” How ironic and instructive. Now, let’s imagine the impact on our children. “The whole world (!)”, it appears, “has gone virtual!” And some believe it to be an undisputed educational “good”. I wonder if anyone has asked the kids.

Though this trend to virtualization has been developing for years, the pandemic shutdowns have expedited (and seemingly) finalized the process. Can’t we communicate more easily with one another now? Can’t our kids do everything they ever did before, but better and faster and independently from the kitchen table?

In the eyes of many, world “virtualization” is considered an unmitigated good. After all, doesn’t it allow greater connection, greater leisure, and greater access to information than ever before? There’s just one problem: it’s antithetical to living a well-balanced life. It is certainly antithetical to the goal of a well-balanced life for a child.

Let’s think about it. Don’t we live and breathe in a physical world? And doesn’t that require physical things like sights, sounds, smells, and things – in short – the “stuff” of living and learning? I have a sneaking suspicion that any suggestion about a permanent pivot to increased virtualization for children not being good will be challenged by many in the popular culture (…but I also suspect they are a little thing I like to call “wrong”).

We must look to the children. The kids in our homes, schools, and lives need one another, physically present, in order to master the skills of humanity and learning required later in life. To suggest otherwise, as some experts are doing, is to deny the evidence of our own eyes.

At Matthews Hall, we will return to in-person learning at the earliest opportunity and when we do, we must rethink a couple of things. To begin with, we must resist the urge to “go virtual” in our interactions with others. We must find ways to bring the “physical” back into the lives of kids and ourselves.

And we need to seriously and urgently rethink our relationship with the narcissism of social media – for our children and for ourselves.

Our kids will need all of our help and example we can provide to help them master the “skills of humanity” in a culture that is increasingly opposed to embracing them.

I long for the day when I can remind a student – in person – to stop running in the halls!