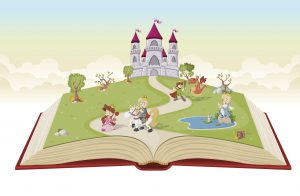 Over the past few months, I have been reading a book by American author, Anthony Esolen. It is a brave and funny book that skewers contemporary culture with a particular focus on today’s “treacherous trends” in both education and parenting. Its purpose? To warn us that, if we are not careful, that greatest of gifts (i.e., childhood) risks becoming a thing of the past in a contemporary culture obsessed with things that do not honour it.

Sound a bit heavy? Well, I guess it is! Maybe that’s why it has taken me a few months to read Ten Ways to Destroy the Imagination of Your Child and grapple with its main themes and ideas. The book is witty and challenging, which actually makes for a good read. The author dissects what he believes to be the “enemies of childhood” and lays bare the elements of culture that threaten it. Honestly, as I read the book, I felt uncomfortable because I had to admit that he made some very good points about the tedium and shallowness of aspects of modern childhood (and which I am thankful to have avoided as a kid myself!).

Basically, Esolen outlines (cheekily) ten “methods” for how to destroy a child’s imagination – which clearly is not the goal of any one of us! His observations are worth reflecting on and would require a complete and thoughtful reading of his book to fully appreciate. However, one in particular struck me as very relevant for schools and is a “method” that should be avoided by anyone who hopes to inspire the imagination (i.e., the intellect!) of any child: the replacement of the fairy tale – on reading lists for children – with fads and works of political cliché.

When faced with the increasingly edgy and politicized themes of much of contemporary children’s literature, Esolen believes that literary archetypes with longstanding cross-cultural meanings have been deformed into stereotypes by “crushers of imagination”. For  Esolen, the lonely maiden, the evil stepfather, the noble queen, or the benevolent wizard (think Gandalf) are all “types” precisely because, on some level or other, they all exist!  Isn’t that how they came to be “types” in the first place? Do they need to be set aside in favour of more politically-correct characters?

While fairy tales and fables are fictional stories, they explore universal truths and common experiences for all people. In Esolen’s view, such characters are like a child’s “palette” of colours that help them interpret the world around them through the enjoyment and study of literature. Of course all such “types” are simplifications, but hasn’t everyone known at least one person who could have starred in Cinderella or The Little Mermaid? I know I have!

I like his point that children need to have an understanding of “types” to develop “a palette” from which to understand “the painting” which is the world. In the folk tale, for example, good is good and evil is evil, and the former will triumph and the latter will fail. This is not the result of an imaginative quest. It is rather its principle and foundation. And it is what will enable a child to understand Macbeth or David Copperfield in the future.

If we want our students to be able to “paint”, we do not want to take away their palette. If their only exposure to literature is limited to fads or clichés, they might have a brush, but they won’t be able to paint  – at least not a picture you’d want to frame or one that would stand the test of time!

And wouldn’t it be too beige and grey anyway?