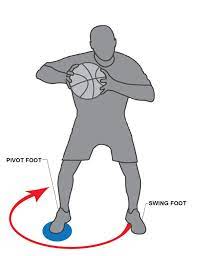 During the last several months, the word “pivot” has increased in use as organizations and individuals responded to global pandemic measures. Gone are the days when the action of “turning as if on a central point or shaft” is restricted to the basketball player avoiding his or her opponent on the way to the net. As we are all learning, this agility, or “pivoting”, has become necessary in a variety of contexts, including in schools.

Pivoting in basketball is an action a ball-handler can take by rotating around a pivot foot without lifting it up. It helps a player avoid a defensive player or find an opening on the court to take a shot, make a pass, or dribble toward the basket. And there are rules governing the pivot. While you can rotate around your pivot foot, you can’t lift your pivot foot off the floor until you shoot, pass, or dribble; hold onto the ball for more than five seconds; change your pivot foot once it is established; or start to dribble after you start pivoting, if you were dribbling before pivoting. Those are some powerful restrictions on how, when or whether you can move!

Now what if we applied those same pivoting rules to schools during a global pandemic? What if schools were held to the same pivoting regulations as the NBA? Let’s play that through for a minute.

Over the past few weeks, our students and teachers have been working diligently using virtual platforms. While no plan is ever perfect, we planted our “foot” and pivoted to virtual learning complete with pets, doorbells, and every manner of domestic intrusion.  Even though it had its challenges, our pivot to virtual learning allowed us to move forward with our students and provide some measure of consistency in their days and ours.

But what if, in schools, we really were prevented from changing our pivot foot once planted? What if we could never lift that foot off the floor or hold onto that ball for more than five seconds?

Is it ever OK to move your pivot foot or will you always be called for “traveling”? After all, most decent refs will allow players to “gather the ball” before beginning to count their steps, so maybe that can work in schools, too.

Like you, we had been watching and waiting for some indication of when a return to classes would be permitted for our students and teachers. While no one had a crystal ball, I think it is fair to say that most people thought that a return to in-person learning in London would not happen until at least mid-February – or perhaps not even until after the March Break.

There are always going to be times when schools need the latitude to adapt or “pivot” in response to new or emerging realities, be they inclement weather, power outages, cancelled events, or global pandemics. And while sometimes we may appear to be “gathering” the ball on the way to the net, don’t forget that we’re allowed to lift our foot, as long as it doesn’t hit the ground before we unload the ball.

That’s not traveling at any level of basketball. It’s why we teach our students to jump stop (i.e., land on both feet at the same time), so that they can use either foot as their pivot foot.

I guess we will consider Monday our “jump stop”, as we pivot yet again in our effort to keep our students at the centre of every decision.

Thank you for your flexibility and understanding. See everyone in a few days!